What is Agile Project Management?

Agile is new norm of the industry and everyone in the tech industry is moving to agile. These set of tutorials and templates will help a scrum master or project manager to adopt agile. Agile is a methodology for the management of software project development. In contrast to a traditional sequential approach to software development, Agile focuses on the development of a series of incremental iterations of the product, each of which is functional and potentially can be deployed. 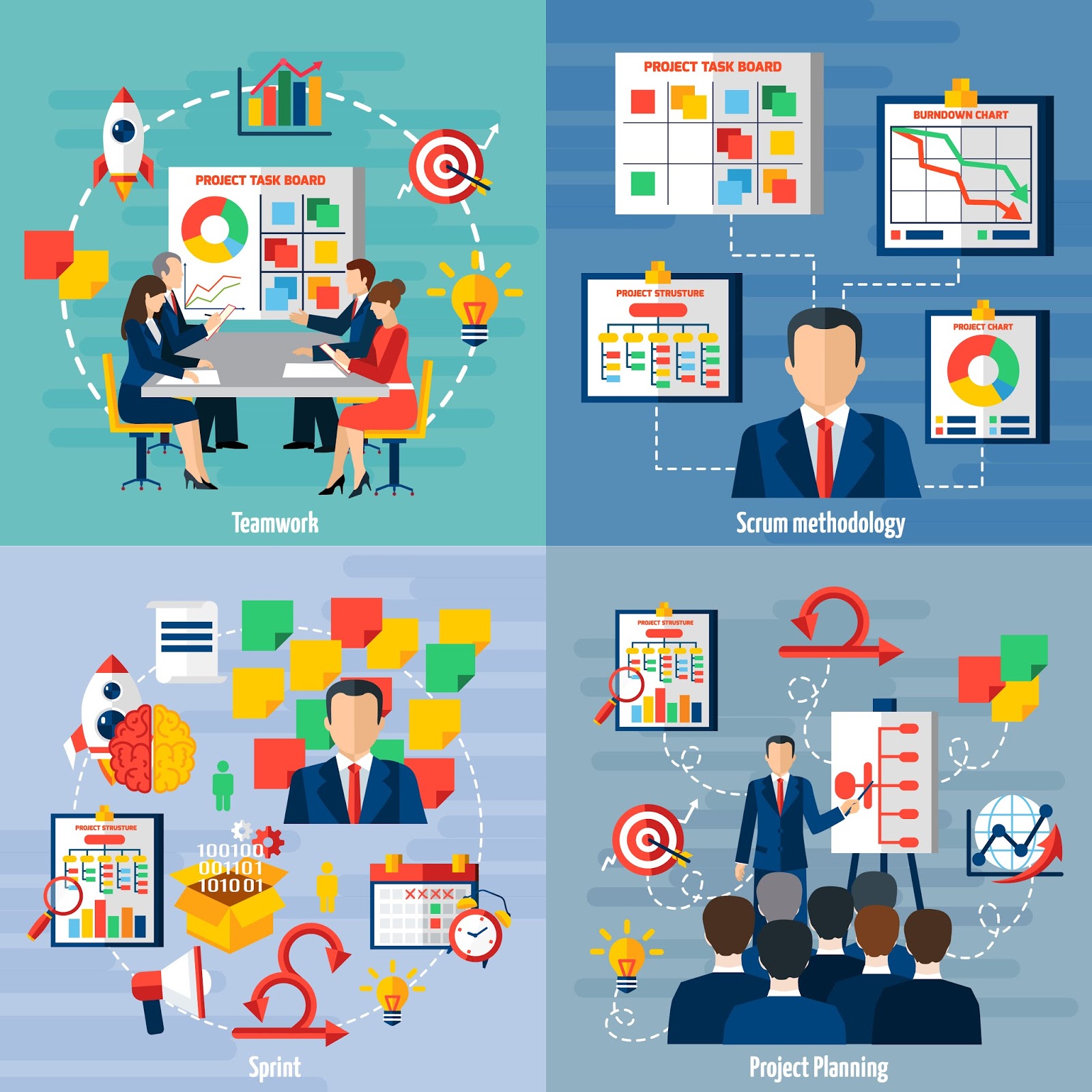 Agile projects typically involve small teams working in short bursts, with each of the bursts followed by a review process with the client stakeholders hence Agile is different from Waterfall model in a few ways.

Roles and Responsibilities in an Agile Scrum Project

Agile project management is not just another buzzword, and it’s not a superficial paradigm shift teams should make simply for the sake of doing so. Rather, agile project management allows for maximum productivity throughout a project’s lifespan, and keeps teams working to their highest potential at all times keeping project documentation to minimum. 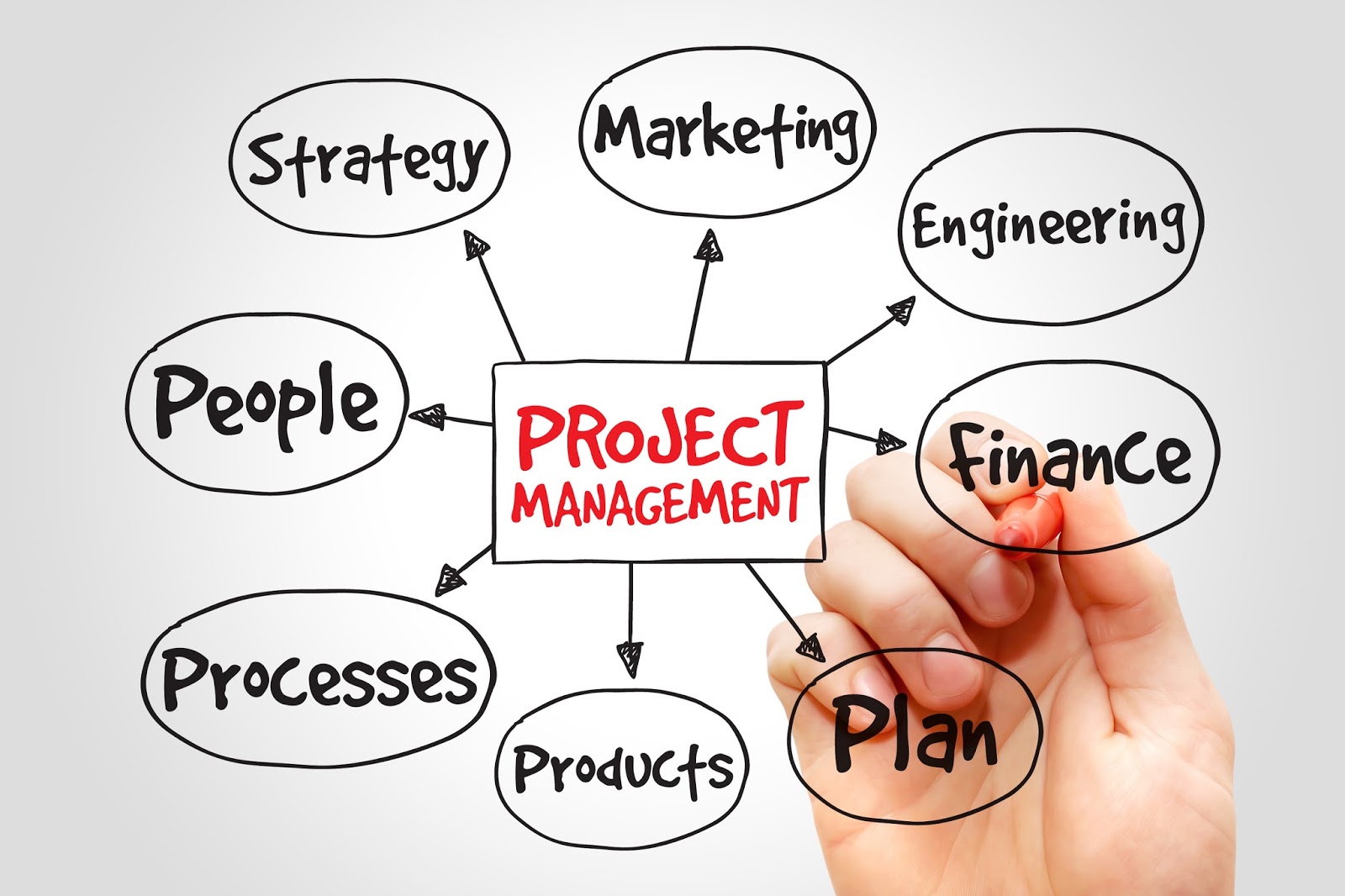 Of the many differences between traditional and agile project management, perhaps most obvious are the shift in responsibilities members of the development team have in the completion of projects.

This section will describe the responsibilities of each of the following team members:

Keep in mind that, while each of these individuals or groups of workers have their own set of responsibilities, agile project management dictates they interact with each other throughout the process.

The ScrumMaster cannot simply sit back and ask his team to “tell him when they’re finished.” Instead, he must:

The ScrumMaster is most likely a former “boss” who has been looking for a way to manage his team more effectively but hasn’t been sure of the best way to do so. With an open mind and proper training, the right leader can become a top-notch ScrumMaster and lead his team to true success.

In addition to being able to complete their specified tasks efficiently, members of agile project managed teams also need to be able to:

For most developers, becoming members of an agile team is a dream come true. Rather than having to robotically go through the motions day in, day out - only to see their “boss” get credit for a job well done - agile team members can approach each project prepared to do their best work possible.

The Waterfall and Agile models for software development project management each offer advantages and disadvantages, and the best model for a given project depends on project goals, client priorities, and the strengths of the project manager and team. The differences in the models' structures lead to some significant differences in the way the projects run and the kind of final products they produce. 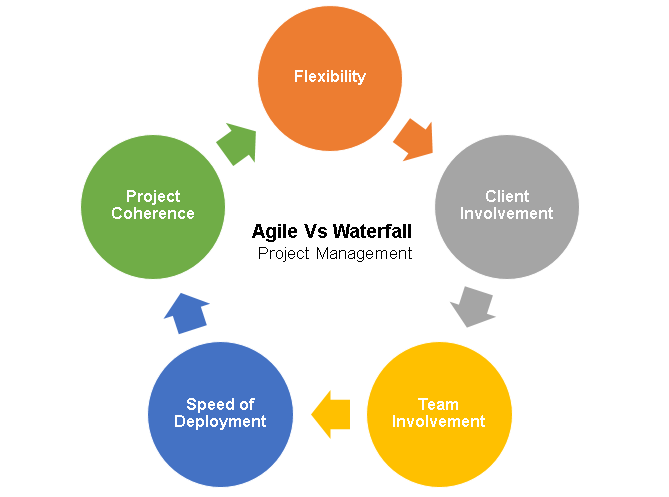 The two models lie at either end of a spectrum with predictability at one end and flexibility at the other. The correct model to choose for a given project depends on where on the spectrum the project's priorities fall.