Implementing the SAP system in a company is a strategic project that affects each and every employee, and the implications need to be understood and planned before taking on this endeavor.

There are many different modules available in the SAP system, and since each company has different needs not all modules are used in each implementation. All the modules are customizable, but this requires writing code in SAP using the ABAP (Advanced Business Application Programming) language.

Now we will look at the different Implementation phases in SAP Project Plan.

This is the first phase of the implementation, and the majority of the tasks include understanding the inputs & outputs of the legacy system (analysis), and planning how the new SAP system will be implemented (Blueprint).

The plan includes software and hardware needs. It is wise to invest time in the plan, since it is cheaper to find mistakes here than when the implementation has begun.

The main milestones are – 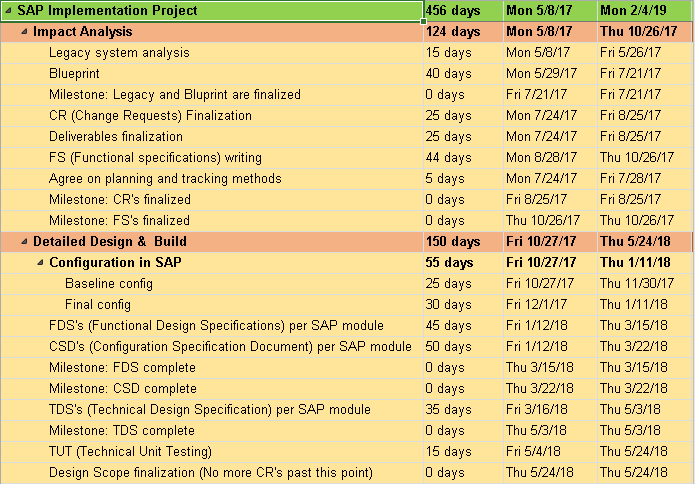 This phase is mainly done by the implementer of SAP, and entails understanding the FS’s and dividing them into two categories –

The main milestones are –

TUT’s (Technical Unit Testing) are completed: This means that after the TDS is done, the SAP implementer tests it in the testing environment to make sure that the TDS was done according to the FDS.

This is a very important phase, and is done mainly by the testing team, with the assistance of the module teams. T 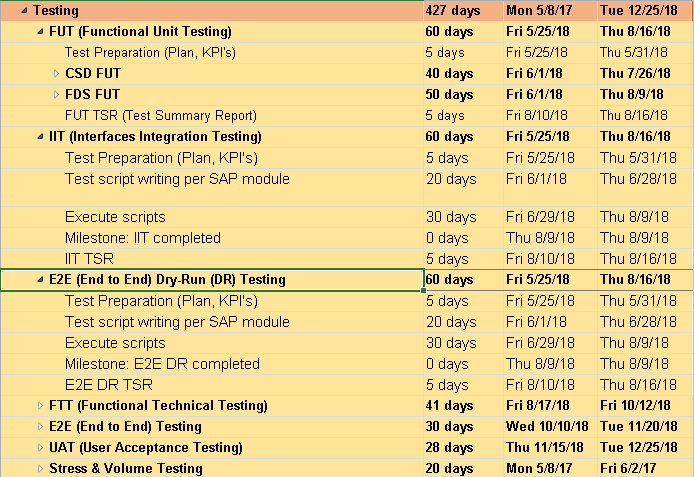 The goal of this phase is to Extract the information from the legacy system, Transform it to the SAP language, and Load it into the SAP. After the load is done, the team verifies that the information is accessible in the SAP system. The main milestones are –

Implementing a new system entails a big change, and the OCM team is in charge of leading the transformation. The main milestones are – 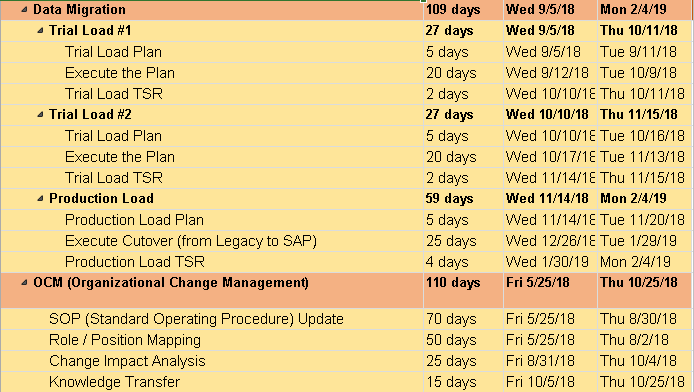 This team is the only one who handles the hardware, and are in charge of the servers, printers (mainly for parcel stickers), guns for scanning the barcodes, etc. The main milestones include –

Teaching the users how to work with the new system. The main milestones are – 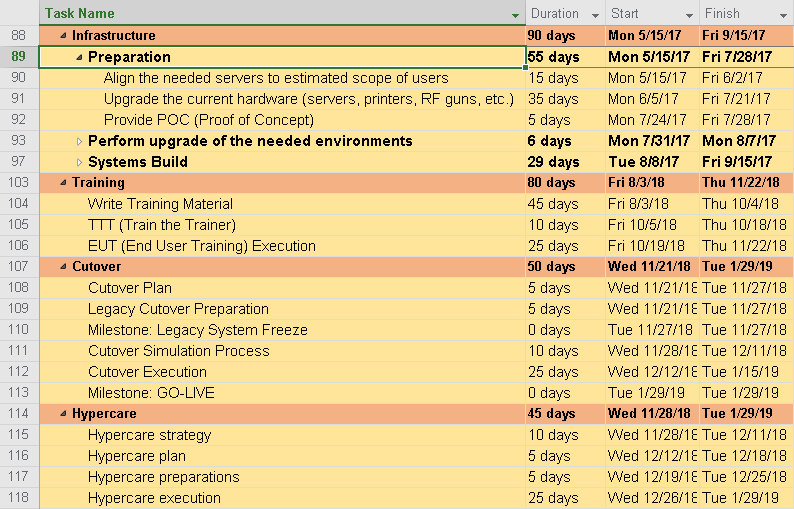