A Schedule Management Plan (SMP) is a document which outlines how the plan for a project will be created and maintained. It is basically a roadmap of how to plan the project, and how to maintain the plan once the project has started. Maintaining the plan includes: identifying changes, analyzing their impact, documenting and communicating the change throughout the project (team members and key stakeholders).

The SMP is traditionally written by the PMO, while working closely with the key stakeholders and the projects’ management directorate. In many cases it is approved by the board of directors or CEO of the company. 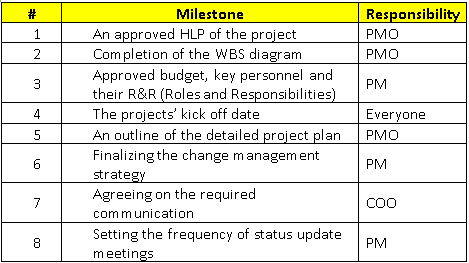 This paragraph of the SMP defines how the schedule will be maintained after the project’s kick off. It covers the following areas – This section of the SMP defines how the changes to the scope of the project will be made and communicated. It covers the following areas –